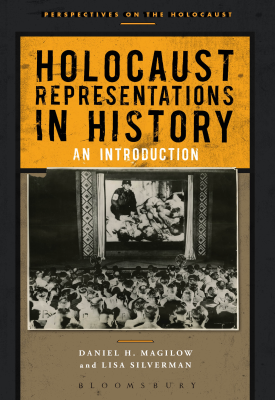 Holocaust Representations in History - An Introduction

Perspectives on the Holocaust Series

Holocaust Representations in History is an introduction to critical questions and debates surrounding the depiction, chronicling and memorialization of the Holocaust through the historical analysis of some of the most provocative and significant works of Holocaust representation. In a series of chronologically presented case studies, the book introduces the major themes and issues of Holocaust representation across a variety of media and genres, including film, drama, literature, photography, visual art, television, graphic novels, and memorials. The case studies presented not only include well-known, commercially successful, and canonical works about the Holocaust, such as the film Shoah and Elie Wiesel's memoir Night, but also controversial examples that have drawn accusations of profaning the memory of the genocide. Each work's specific historical and cultural significance is then discussed to provide further insight into the impact of one of the most devastating events of the 20th century and the continued relevance of its memory. Complete with illustrations, a bibliography and suggestions for further reading, key terms and discussion questions.