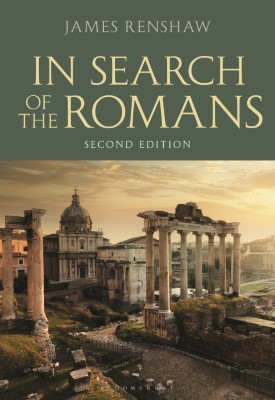 In Search of the Romans (Second Edition)

In Search of the Romans is a lively and informative introduction to ancient Rome. Making extensive use of ancient sources and copiously illustrated with photographs, drawings, maps and plans, now for the first time in colour, its opening two chapters guide the reader through the events of Roman history, from the foundation of the city to the fall of the empire. Subsequent chapters introduce the most important aspects of the Roman world: the army and the provinces, religion, society, and entertainment; the final two chapters focus on Pompeii and Herculaneum, the two cities destroyed by Vesuvius. New to this edition are sections on the Augustan principate, on the Roman army, on life in the provinces and on engineering innovations, while the existing text is revised throughout. The narrative includes descriptions of many individuals from the Roman world, drawn from a variety of social settings.